We took the bus and went around town last week. Care to take a peek at our adventures as we followed our friends in The Big Green Pocketbook?

Here’s the bus that Little T put together and that we eventually rode. While waiting, we listened to some Bus Sounds from our Kindermusik Away We Go CD then sang The Wheels of the Bus when it finally got going. Little T dropped some coins into the box and the bus driver gave her our bus tickets, which she put in her red-not-green pocketbook. We were on our way! 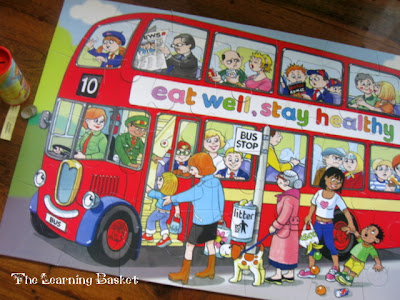 Our first stop was at the bank. The bank teller stamped some of our forms while Little T counted the money on the counter. Before we left, the teller gave her two lollipops. 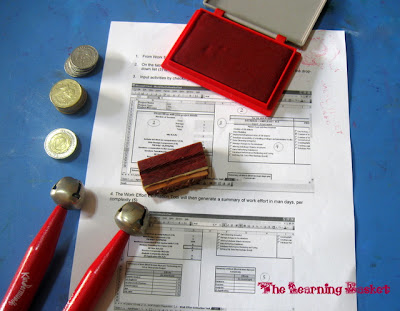 We next went to the insurance office. Little T had fun sitting on the secretary’s chair and typing her name in big then small letters on the computer keyboard. There was no typewriter in that office.
TTTTTT
tttttt
The jewelry store! We had a blast trying on necklaces, earrings, and bracelets. The store manager gave Little T a key chain and my girl remembered to say “Thank you.” 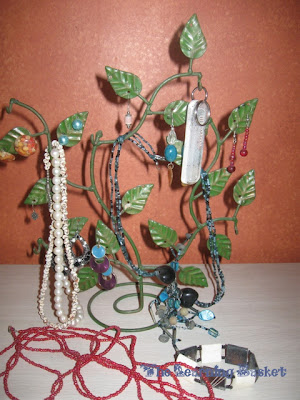 At the dry cleaners, we picked up Little T’s pink dress and the lady there gave her a tiny calendar of her birthday month for her pocketbook. Little T was thrilled to see that her birthday next year falls on a Thursday. 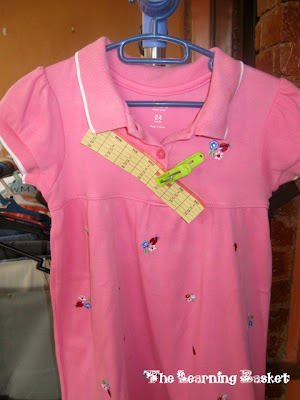 Next stop was at the five-and-ten store where Little T reached for a sack of gumdrops… ooops, a bag of M&M’s rather. Little T whispered to me that the store owner called us ladies. 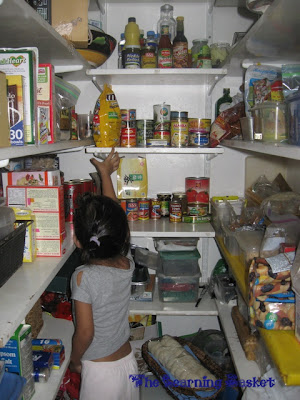 Finally, we went to the drugstore where I gave Little T some money to buy a new box of crayons. We had a treat too! We were supposed to have ice cream but we opted to have homemade frozen yogurt instead. Little T made it with her dad! 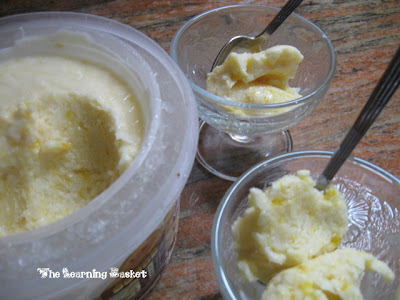 MAPS AND BOARD GAME   Little T had so much fun that she asked to play the Around the Town game again and again. I made different maps for her too. First I made some crude drawings so she could trace our route with her green pencil. Then I had her write the sequence of our trip in letters because she doesn’t know how to write numbers yet. Finally, I made this simple and very easy-to-make matching board game: pick an object card and place it on where it was received or done. 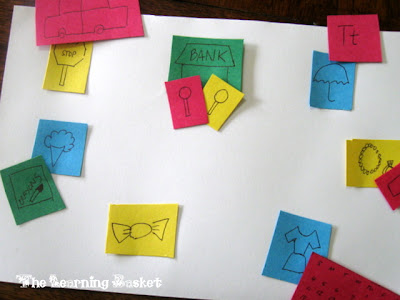 DRAMATIC PLAY   We are going out to a real mother-and-daughter day out to visit the real versions of our pretend places, sans the bus ride. But whether we go or not, our numerous “stagings” of this Before Five in a Row book have already enriched our reading experience and gave Little T the opportunity to practice her social, language, and social skills. For more about the importance of pretend play, I always refer to this article at the Scholastic website.

It was a truly enjoyable week that had us ladies “going out” each time we picked up The Big Green Pocketbook .

THE LEARNING BASKET
FOR THE BIG GREEN POCKETBOOK